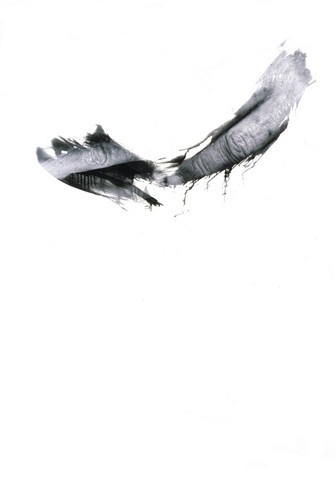 A Native American mythology relays that the known universe came into being as a result of the separation of two lovers coupled in embrace. This story and many other experiences in my life made me begin to believe that art is not a synthesis but a separation and that I could not understand fully what something was unless I could compare it with something else. This body of work explores the idea that separation is a primary component of the process of existence.

I am inspired by Japanese ink paintings, which look upon not what is seen, but what is not seen. Sumi ink paintings emphasize that the white empty space of an image is symbolic of that which is unexpressed: the perfect imperfection. My work incorporates the notion that negative space is not merely an inactive, stable support for solid objects, but rather represents a dynamic force both within and around objects we refer to as solid. More than a passive background for the real subject, the negative space is as much a focal point as the positive subject.

The writer Goethe once wrote, Good and evil are two sides of the same coin. Static and dynamic, positive and negative, beautiful and grotesque: I believe that all things are interconnected. With this body of work, I have expressed an approach to seeing objects in a context beyond dualistic mechanisms in order to show that dualities are not separate but inherently connected.